Why Do Ebola Mortality Rates Vary So Widely?

Listen to the Story

How is it that Ebola mortality rates can be as high as 70 percent in some parts of the world, and as low as 30 percent in others? Robert Siegel talks with virologist Daniel Bausch.

Copyright ⓒ 2014 NPR. For personal, noncommercial use only. See Terms of Use. For other uses, prior permission required.

In our coverage of the Ebola outbreak, we've reported stories about people who contracted the disease and died and people who contracted the disease and lived. Why is Ebola fatal for some people, but not for others? Is it because of a genetic predisposition or the general health of the patient? Or is it more a question of what quality of medical care is available? Well, those are questions we've been wondering about and to help us answer them we've called on Dr. Daniel Bausch. He's an associate professor of tropical medicine at the Tulane School of Public Health. He is based in Lima, Peru. Welcome to the program.

SIEGEL: Very few people on the planet have spent as much time studying Ebola as you have, so help us understand this. How is it that the mortality rates can be as high as 70 percent in some parts of the world and as low as 30 percent in others? How much does exceptional care, for example, help keep that rate down?

BAUSCH: Well, that's a big debate that's going on right now that I think we would all agree that exceptional care or even really routine but aggressive medical care is something that will make a difference and I think we're seeing that with the care that the repatriated cases, for example, in the United States and Europe have gotten. Of course, those people are getting IV fluids - others, sometimes experimental therapies. And it seems to make a difference when you compare it unfortunately to many people in West Africa for whom we can't give those therapies right now.

SIEGEL: But if in parts of West Africa where there's a 70 percent mortality rate, if every patient were taken to the equivalent of the Mayo Clinic, would you assume that the rate would be much, much, much lower than it is?

BAUSCH: I think it would be lower. How much lower? If we take 70 percent of the baseline of case fatality in West Africa, and then we bring those patients to the United States, I think it'll come down to you know - we're not going to make it 1 percent - but certainly the survival rate would go up significantly if we could offer what we would consider modern medicine to all the patients.

SIEGEL: Modern medicine - meaning, essentially, rehydration? What are we doing?

BAUSCH: These patients with Ebola have seemed especially severe in this particular outbreak, where we're getting people who lose eight to 10 liters of fluid a day from diarrhea, nausea and vomiting and sometimes bleeding. So if you just think about that, just getting an IV line into someone, giving them fluids, basic things, for example, what we call electrolytes that we would normally do in any patient who was admitted to a hospital in the United States very routinely - I think if we can do those things and do those things aggressively, we would see a big difference.

SIEGEL: What might be best case? What could the world aspire to as a relatively low mortality rate for Ebola if people are treated promptly and efficaciously?

BAUSCH: There's debate on that, and I don't know. I'd have to get out the crystal ball, I suppose, to really know exactly where we could go with the best possible therapy. I do think it's realistic to get this down. If we say the baseline is 70 percent in West Africa, or 70 percent in people who are just not getting the best medical care possible, if we could gain levy on that I think to get down to 20 percent or something like that would be a reasonable achievement that we could expect and then hopefully the other therapies, you know, if we could get back to there, get that 20 percent remaining and get it down to zero of course, that's the goal.

SIEGEL: Professor Bausch, thank you very much for talking with us today.

SIEGEL: That's Professor Daniel Bausch of the Department of Tropical Medicine at the Tulane School of Public Health and Tropical Medicine in New Orleans. He however spoke to us from Lima, Peru, where he is based. 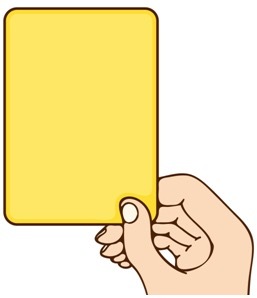